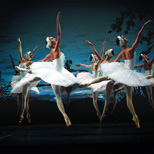 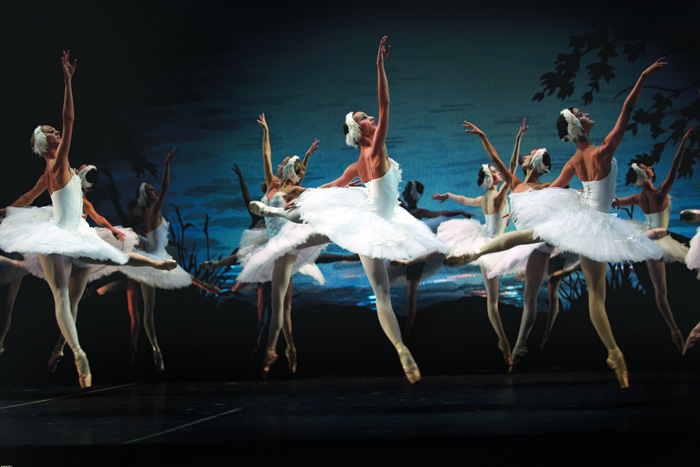 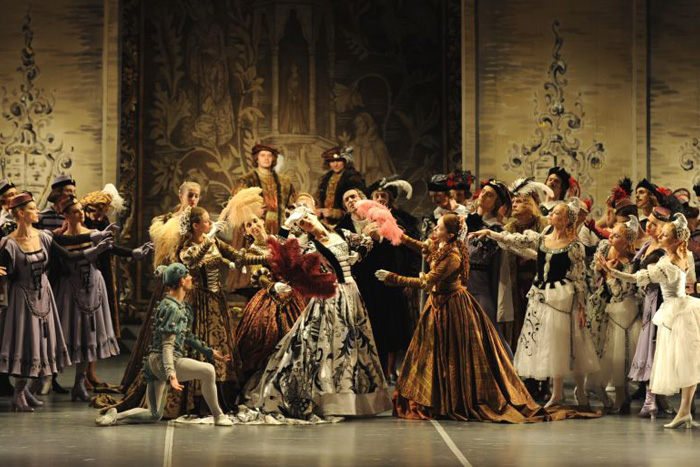 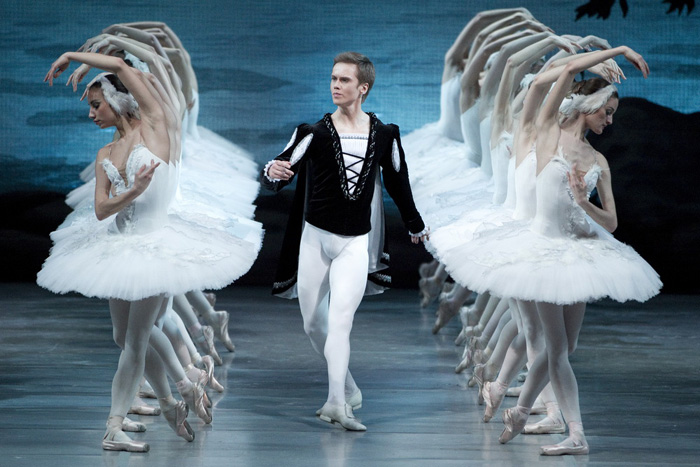 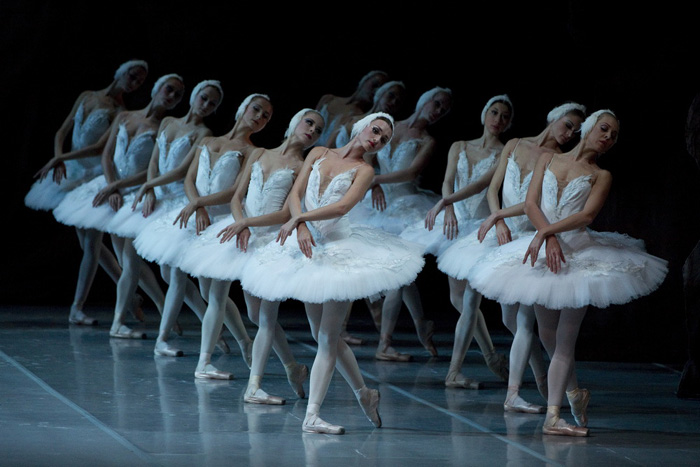 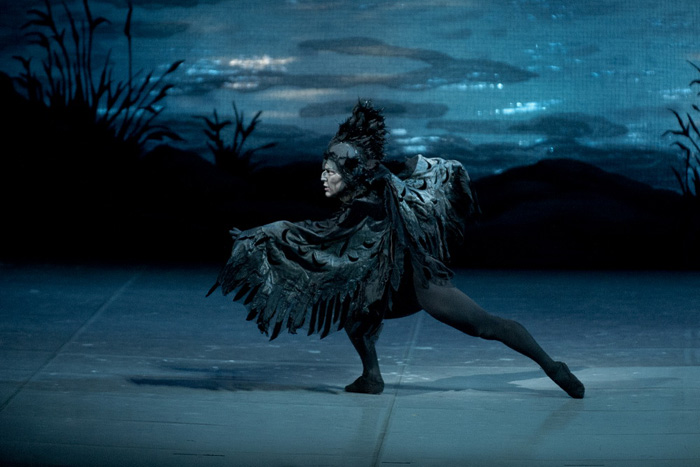 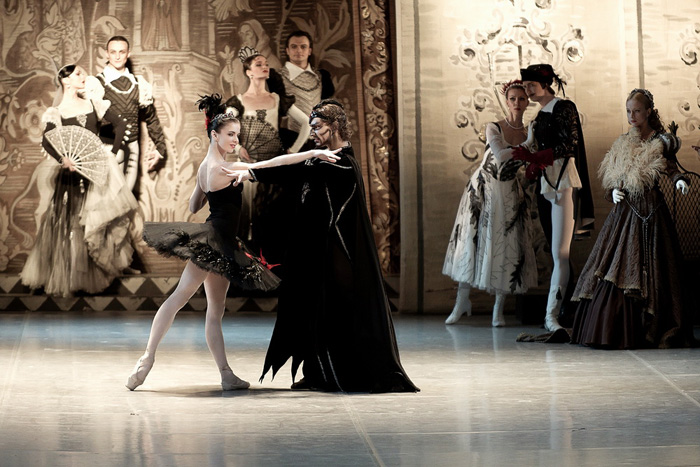 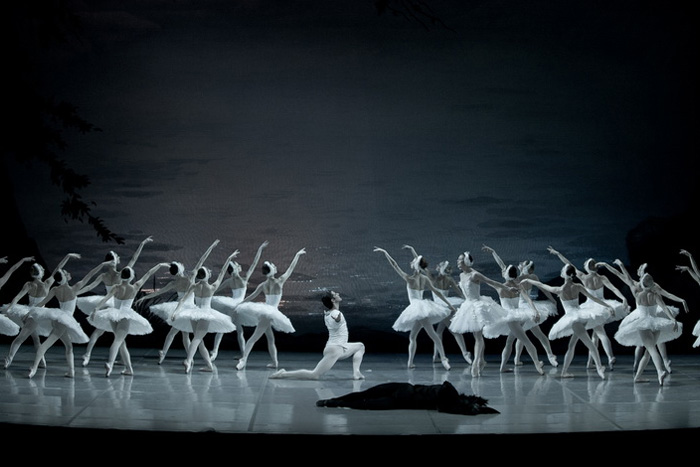 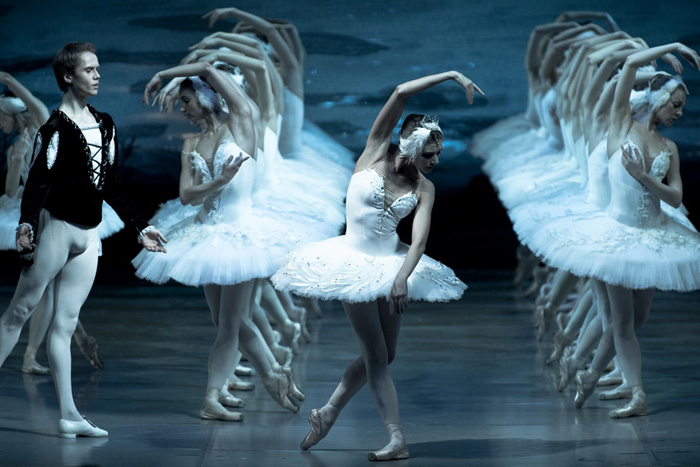 Premiere at the Mikhailovsky Theatre: September 15, 2009

Swan Lake is a ballet that has become has become a symbol of Russian art itself. The version of the famous ballet cannot be seen anywhere else in Moscow or St. Petersburg: the Mikhailovsky Theatre’s Swan Lake is the legendary ’Old Moscow’ production by Alexander Gorsky and Asaf Messerer. For many years it was considered in Moscow to be the standard production, and now it has been lovingly restored by Mikhail Messerer, Ballet Master in Chief of the Theatre.

‘Swan Lake is a special title in the ballet repertory. We were discussing which version to choose for our theatre and turned our attention to the production by Alexander Gorsky and Asaf Messerer. According to ballet historians, the historical London Tour of the Bolshoi Theatre in 1956 could be compared to Diaghilev's Russian Seasons in the mission of establishing the priority of Russian ballet around the world. It was during the 1956 tour that the version of Swan Lake received rave critical reviews. The appearance of Mikhail Messerer at the Mikhailovsky Theatre made it possible to revive the wonderful production here’, General Director of the Mikhailovsky Theatre Vladimir Kekhman comments.

‘Our major concern was to avoid repeating the brilliant production by Konstantin Sergeyev, which occupies such an important place in the repertory of our great elder sibling — the Mariinsky Ballet. A hundred years ago, a remarkable choreographer from St. Petersburg (who was then just starting his career as a ballet master) named Alexander Gorsky was transferring the production of Swan Lake by Lev Ivanov and Marius Petipa to the Bolshoi Theatre in Moscow. And while basing it on the gracious choreography of the original, transformed the ballet and staged it in his own way. The epoch of Alexander Gorsky saw the next phase in the evolution of dance following the balletic classicism of Petipa and Ivanov. Gorsky was influenced by contemporary art; he was attracted by the innovative methods of the stage direction of Konstantin Stanislavsky and Vladimir Nemirovich-Danchenko and the new style of acting it involved. By the way, Nemirovich-Danchenko participated in a production of Swan Lake by Gorsky.

‘My approach to the production was quite careful, as I adore the version of 1956, but I admit that my contribution, perhaps, modernizes Swan Lake, brings the ballet up-to-date. My alterations in the ballet are minor. They are mostly based on my conversations with Asaf Messerer in 1990. At the time we were talking about possible changes to the production provided he had a chance to stage the ballet Swan Lake once again. In 1956, the sets for the production were designed by the fabulous artist Simon Virsaladze. The same design is being used now: both for the sets and for the costumes. To my mind, the production corresponds to modern society: everybody wants a happy end today, and our Swan Lake will provide it’, Mikhail Messerer says.

The garden of the Sovereign Princess’s castle. While the young people disport themselves on the lawn, the jester amuses the guests with his antics and girls dance with their companions. The Princess informs her son Siegfried that at tomorrow’s ball he is to choose a fiancée from among the girls invited to the castle. Siegfried’s heart remains closed to her words, as he hasn’t yet known love. Night falls. The young people depart. Siegfried is overcome by conflicting emotions: he regrets the end of his freewheeling life while, at the same time, dreams of a pure, ideal lov e. But where is this girl to be found? Siegfried is bored by the conversation with his friends. A flock of swans catches Siegfried’s attention and he follows them.

The swans lead Siegfried to a lake, deep in a dark and wild wood. At the lake, the swans dance in a fairy circle. Siegfried catches sight of a beautiful swan which then turns into a girl. This is Odette, the Queen of Swans. The Evil Genius has placed her and her friends under a spell: the swan maidens can now become girls only at night. Only the love of a young man who has never promised himself to a woman can release them from the spell. Siegfried, full of love for Odette, swears that he will love her and be faithful to her forever. The Evil G enius overhears Siegfried and Odette’s conversation.
Daybreak. The girls turn back into swans. Siegfried, convinced of his feelings, will save Odette from the Evil Genius.

The ball at the Sovereign Princess’ castle at which Siegfried is to select his fiancée. The guests arrive at the party but Siegfried is nowhere to be seen. The jester begins his amusing dances and the guests start dancing too. Siegfried appears, yet he treats the prospective fiancées icily: he’s thinking only of the beautiful Odette.
A stranger arrives at the ball. It is the Evil Genius in disguise. He has brought his daughter Odile with him; she is strikingly reminiscent of Odette. The Evil Genius tells her to enchant Siegfried and make him swear eter nal love. The Prince doesn’t recognize the Evil Genius and mistakes Odile for Odette. He declares Odile as his chosen bride. The Evil Genius is triumphant: Siegfried’s vow to Odette has been broken and, as a result, she will die. He points to an image of Odette that appears in the distance and departs with Odile. Siegfried realizes that he has been deceived and rushes in despair to the lake.

An ominous night at the lake. A despondent Odette reveals the tragic news about the broken vow. The swan maidens grieve: their hope of freedom is lost. Siegfried appears. He hasn’t broken his promise: it was his Odette, not Odile, who he saw at the castle. It was to her that he swore his undying love.
The outraged Evil Genius summons a storm against the lovers, lightning flashes. But nothing can overcome the pure love of inseparable Siegfried and Odette. The Evil Genius decides to fight Siegfried himself and dies in the clash. His spells are destroyed. Odette and Siegfried, surrounded by Odette’s friends, watch the sun rise.

book now
We have less than 10 of 890 tickets left!
Petersburg
Ballet