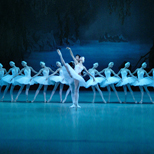 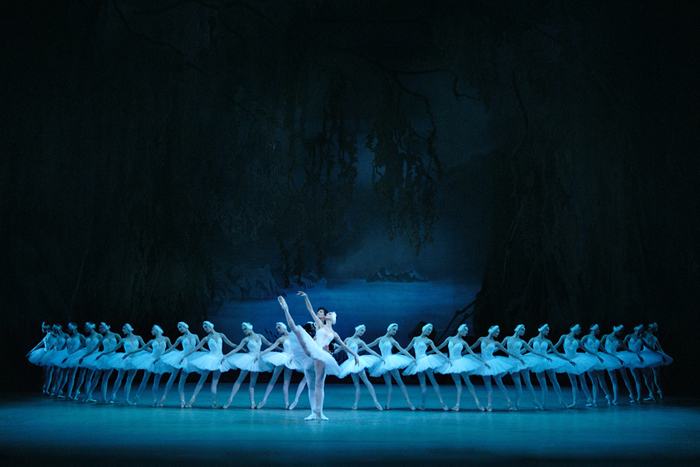 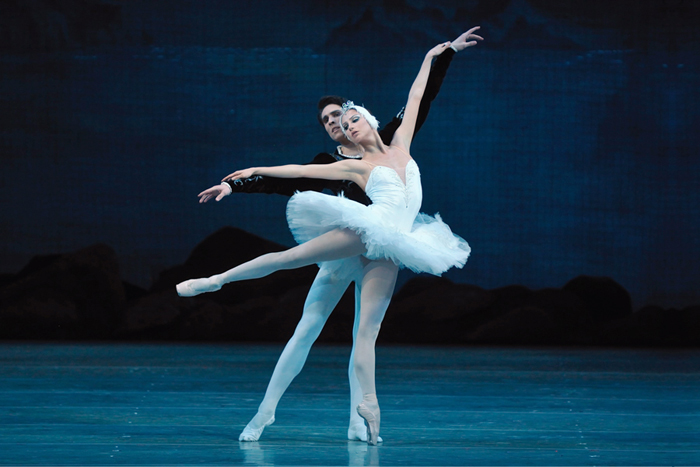 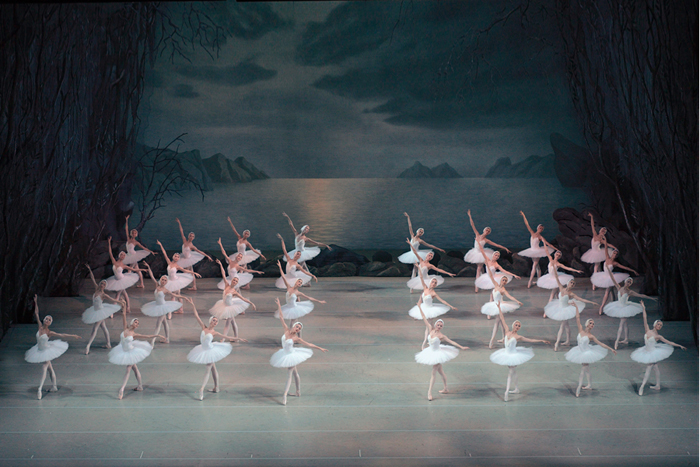 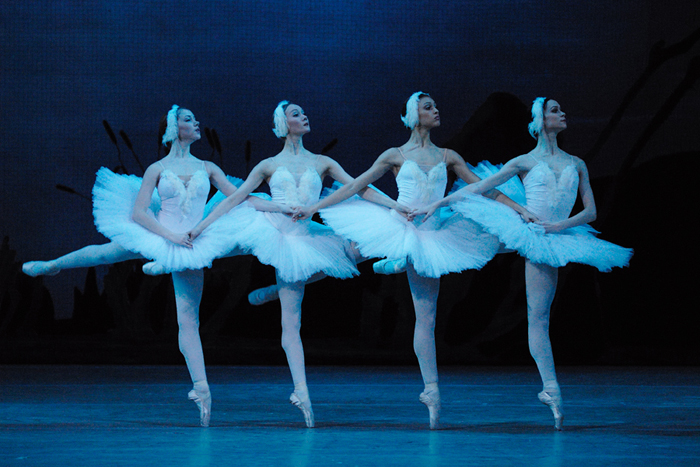 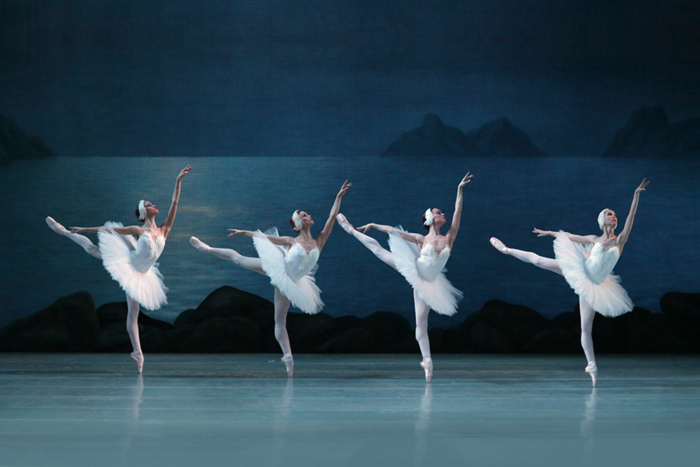 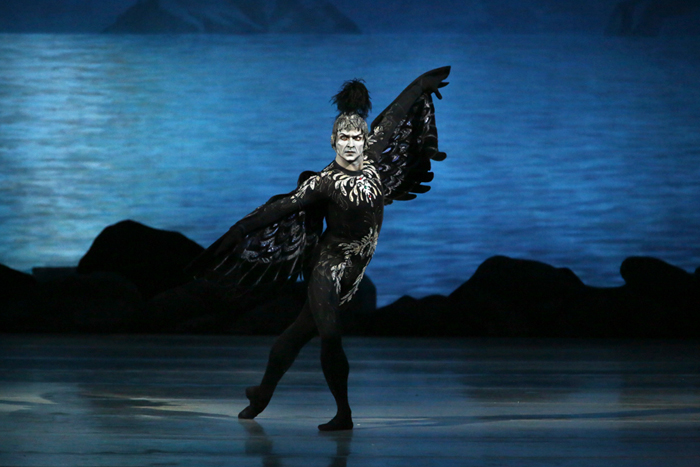 Act I
Scene I
Prince Siegfried with his friends are celebrating his maturity. Guests clink glasses in honor of Siegfried, they are dancing and having fun. The jester entertains them.
The servants report the arrival of the princess - mother of Siegfried. She gives her son an arbalest. Congratulating Siegfried, Princess recalls that he is an adult and that he should think about the marriage. Tomorrow at the ball Prince will have to choose his bride.
It's Getting Dark. The guests leave. Siegfried is left alone. Seeing flying to the lake white swans, the Prince rushes after them.

Scene II
Lake in the forest. Swans, getting ashore turn into beautigul girls, and Siegfried lowers the his arbalest, amazed by the beauty of the queen of the swans. Odette tells him that the swans are the girls, bewitched by the evil wizard Rothbart and only the power of the genuine love can destroy the charms.
Siegfried swears her in genuine love. Odette warns the young man, that if he did not keep his oath, then no one can help them. Day is breaking. The swans are floating at the lake. Odette says goodbye to Siegfried.

Act II
Scene III
Ball at the Castle. The beauties appear near the Prince, one by one, but none of them attracts his attention. The heart Siegfried is given to Odette.
Fanfare sound, informing about the arrival of the new guests. It is wizard  Rothbart, dressed as the noble knight, with his daughter Odile. Siegfried is confused: she is very much alike the beautiful Odette! Odile attracts, charms, seduces ... and Prince is so keen that fallshis love for her.
Now she is his bride!
Rothbart triumphs: Siegfried broke the oath, given to Odette, and then - there is no love, no devotion, nothing can resist his power.
Siegfried sees the vision of Odette, and understands the horror of the deception, of which he became a victim, so the young man rushes to the lake to Odette.

Act III
Scene IV
Night. Lakeshore. Odette tells the swans about the archness of Rothbart and Siegfried's betrayal. The Prince appears, asking to forgive him. Rothbart tries to separate the lovers, sending black swans, but Siegfried wins the battle.
The power of evil comes to the end, and the rays of the rising sun bring life, happiness and love.


This show has no active performances now! 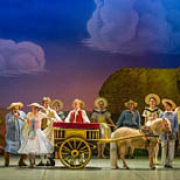 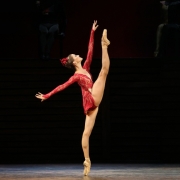 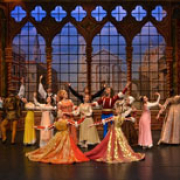 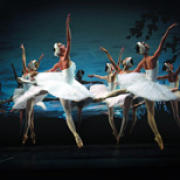 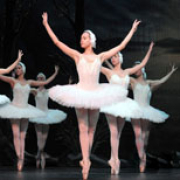 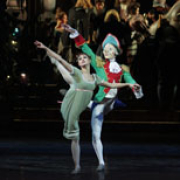 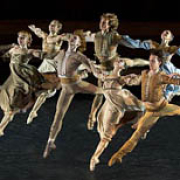 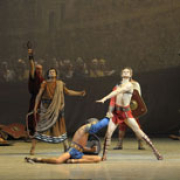 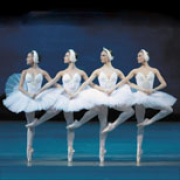 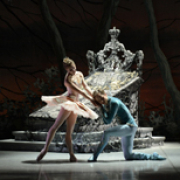 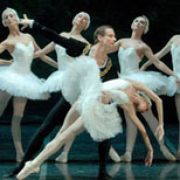 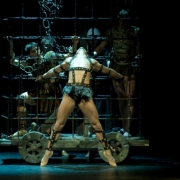 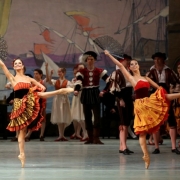 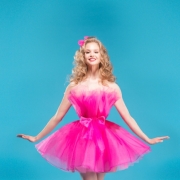 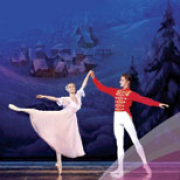 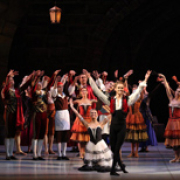 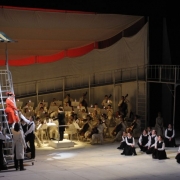 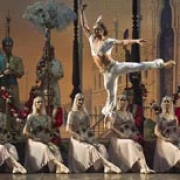 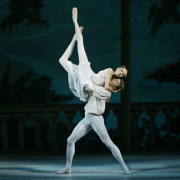 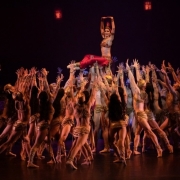 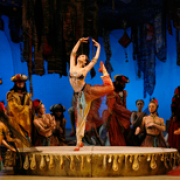 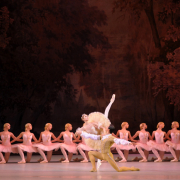 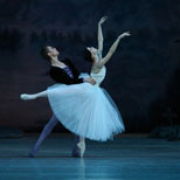